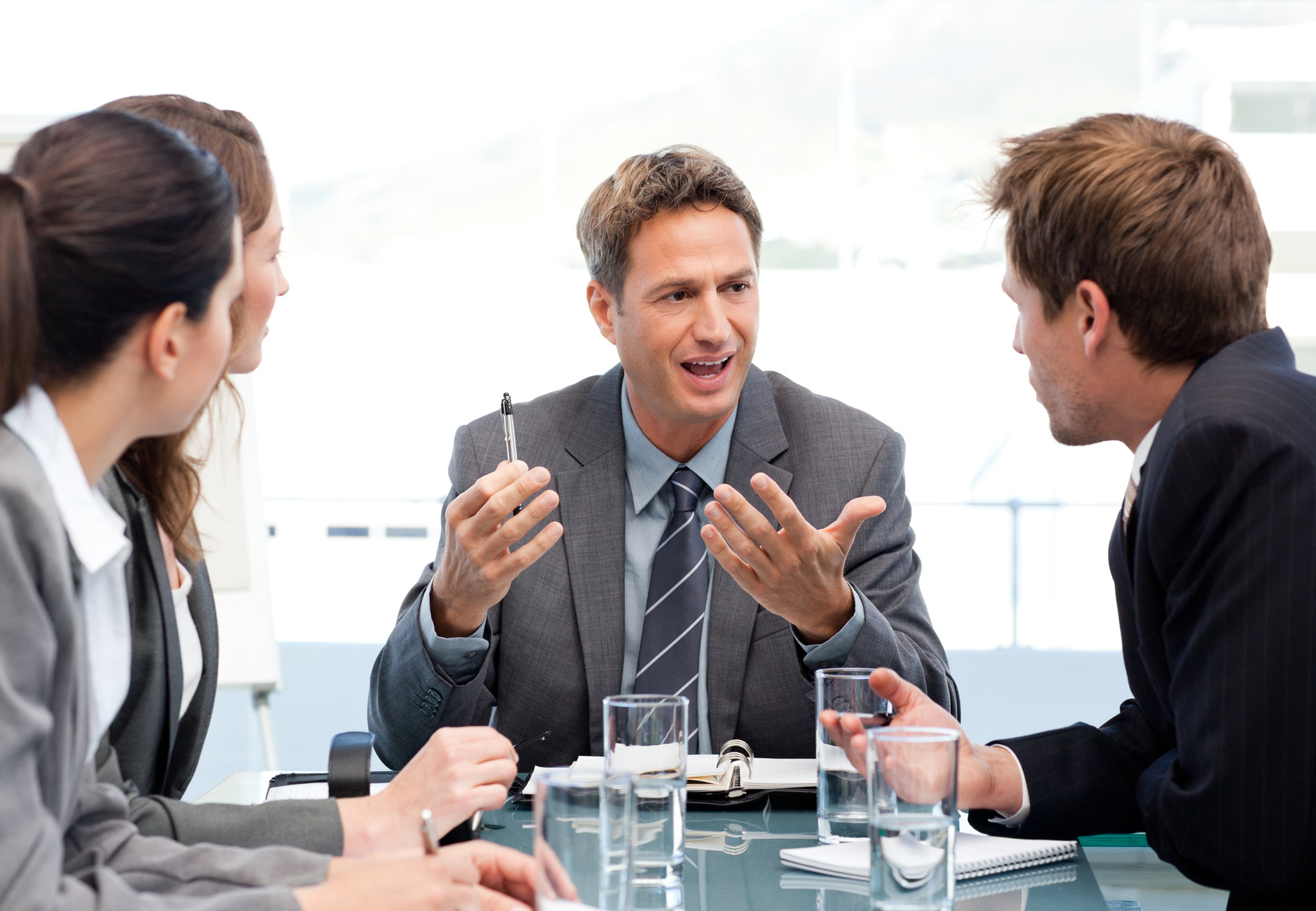 3 Types of Sellers Who Need Coaching

Coaching salespeople, like most things in life, does not favor a one-size-fits-all approach.

In theory, all salespeople are motivated by money. But when it comes to motivating and coaching sales reps into action, it’s slightly more complicated.

If you’re a manager, then you’re already well aware that each seller on your team has their own unique personality and quirks, which can be challenging when it comes to managing and coaching these individuals.

Your goal as a manager is to build purposeful relationships that matter to your team so you better understand who they are, what drives them, and then find creative ways to help everyone feel personally motivated to succeed.

But, how do we properly coach to the most challenging types of salespeople?

We’ve uncovered three of the most common types of sellers who may resist coaching, but who need it the most: The Defensive seller, the Yes-You-to-Death seller, and the Poisonous seller. 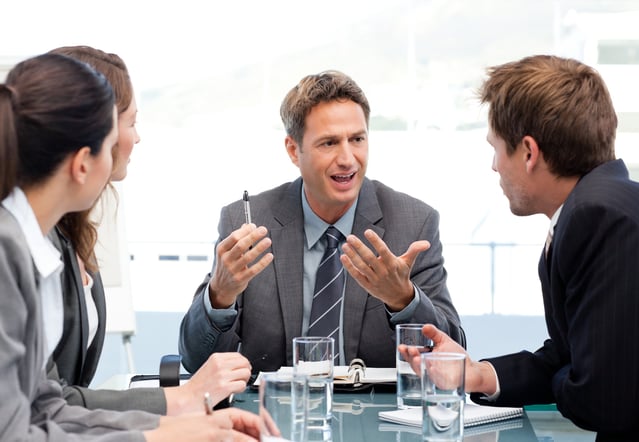 You may already know the type.

You bring them into your office to talk about their prospecting, specifically their lack of consistent prospecting. And they immediately fire back with: “I don’t agree, just yesterday I called 20 people.”

To which you add “yes, but last month….” They cut you off with “last month I was busy closing that big sale –which would you rather I did, close or prospect?”

My bald head is actually the result of yanking out all of my hair while having these kinds of conversations.

To solve this challenge, you first need to understand how this kind of person thinks.  They are convinced they are always right and feel under attack if anyone questions their decisions.

In this situation, the coach needs to move to the same side of the table as the seller, both figuratively and literally.  Direct the seller’s attention to the facts, ideally on a screen or piece of paper. Point out the data that led you to the conclusion that the seller’s problem is they are not prospecting enough.

For instance, a manager once asked me to coach an extreme case of the defensive salesperson. This rep was consistently missing their goal and wasn’t open to getting advice. The manager and I walked into their office where the seller was waiting for the meeting to begin.  Their body language strongly suggested they were closed off and ready to attack.  Instead of sitting in the manager’s seat across the desk from this seller, I sat alongside the seller. Together, we looked at their pipeline. I asked them “If you were the manager and I was the seller and this was my pipeline what would you tell me?”  Even though they were trying to be defensive they couldn’t resist their overriding urge to be right – in this case, right about how clever they are at correctly diagnosing a pipeline that hardly had any prospects.  They told me “I would tell you to prospect more.” Bingo!

If you don’t start from the right point, there is no reason in having a coaching conversation. In the example above, I was able to reframe the situation because I knew what type of person I was dealing with and it allowed me to select a starting point that would ultimately lead to a more productive conversation.

While these people aren’t as infuriating as the Defensive type of salesperson, they are frequently underperforming. They always appear to be on the verge of success, but can never seem to win despite their willingness to do everything that is asked of them. That’s the curse.

These types of people can be great to have around because they are so willing to help, but it becomes a hindrance when they don’t have a good handle on their capacity. Saying “yes” too quickly can lead to confusion about expectations and results.

While it’s important to keep the positive spirit alive, you must pay close attention to everything they do in order to make sure they fully understand what’s being asked of them.

For instance, I once had a “yes-you-to-death” seller who agreed to use a specific negotiation strategy. While at the moment it appeared they understood exactly what to do, it became clear they didn’t really know when I made them role play it out with another co-worker, while I observed. As I had expected, they either never really heard what I said or misunderstood, but judging from their role play we were not on the same page.

Similarly, if I ask a seller to send an email to an important account, especially an email that requires nuance and subtlety, I always ask to see their draft before sending.

As these examples show, you can overcome the challenge of coaching these types of “yes-you-to-death” sellers by positioning your coaching in a supportive way that emphasizes practice and repetition before “going live” to ensure the seller truly understands, and if they don’t, you’ve created a safe environment where they can ask questions to clarify the goal and expectations.

These people have the ability to spread negativity throughout an organization like wildfire. They carry their pessimistic attitude wherever they go.

And in the worst cases, these people will even go as far as combining their negative attitude with the “know-it-all” syndrome.

As you may already know, or can imagine, coaching this type of person is next to impossible. While you may have hired them for good reasons, the damage they are doing to the morale of the team is extremely detrimental.

While in some cases you may need to sever ties with this person, there are other cases where all hope might not be lost. There is a two-part strategy needed here.

Yes, that’s right, you have permission to directly address the “elephant in the room.” This is an obvious move, but not an easy one.

When we bring up the “elephant in the room” it usually revolves around addressing difficult people with hard-to-solve problems. It’s socially painful and can be a little stressful for people who aren’t comfortable with confrontation.

So, what usually happens is that everyone plays nice while never really identifying, discussing, or solving the issues at hand. Now the poisonous person, who knows meetings typically unfold this way, remains safe as no one ever confronts them.

Stop giving them a pass. It’s time to ‘Acknowledging the Obvious’ by saying something like “…are you aware that every time I ask you to make a change you react in a way that makes it impossible for us to discuss the issue openly and honestly?”

Framing the issue in this way will allow you to start the conversation and bring the issue out into the open so that it can be discussed. However, don’t be surprised if the other person goes on the defensive. It’s a normal response when someone confronts an issue head on, because sometimes you have to break a few eggs to make an omelet.

This is the part where we separate the poison from the other members of the team.

The most obvious way of getting rid of this person is to fire them. But let’s say that’s not an option and we need to get creative. Here are two examples from my own experience:

At one point in my life I was managing a team of salespeople who were unionized and the poison person I wanted to get rid of was the shop-steward. Once I was determined to get this person off my team they dug in their heels and threatened to use the power of the union to stay put.  Rather than directly fight union, I found this woman a better job—one where should could excel.

In another instance, a manager told me he had a poisonous salesperson that was related to the owner of the company. Due to the circumstances, the manager felt he couldn’t fire the person. How did he deal with it? He “promoted” this person to what he called Group 2. The salesperson was stunned. They asked what this meant and if they were really fired. The manager assured them, “you aren’t fired, but you’ve been promoted to Group 2, which means you don’t have to attend meetings or training and no more paperwork. All that’s required of you is to try to sell, and if you close a deal, then you get commission.”

This manager’s approach to preventing these negative, poisonous people from infiltrating the rest of the team was to keep them separated. While this may not work in your situation, the point is to consider your options before letting that person go.

Managers should strive towards having healthy, open relationships with every member of the team. In some cases it will be more challenging, while in other situations it will be effortless. Take the time to support your sellers, even the difficult ones, by remembering to reframe the situation and pick the right starting point, remain helpful while reinforcing your expectations of each seller, and finally, be patient and get resourceful when necessary. 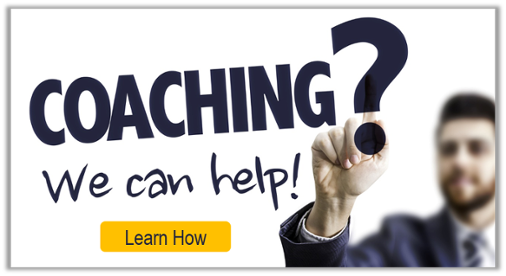