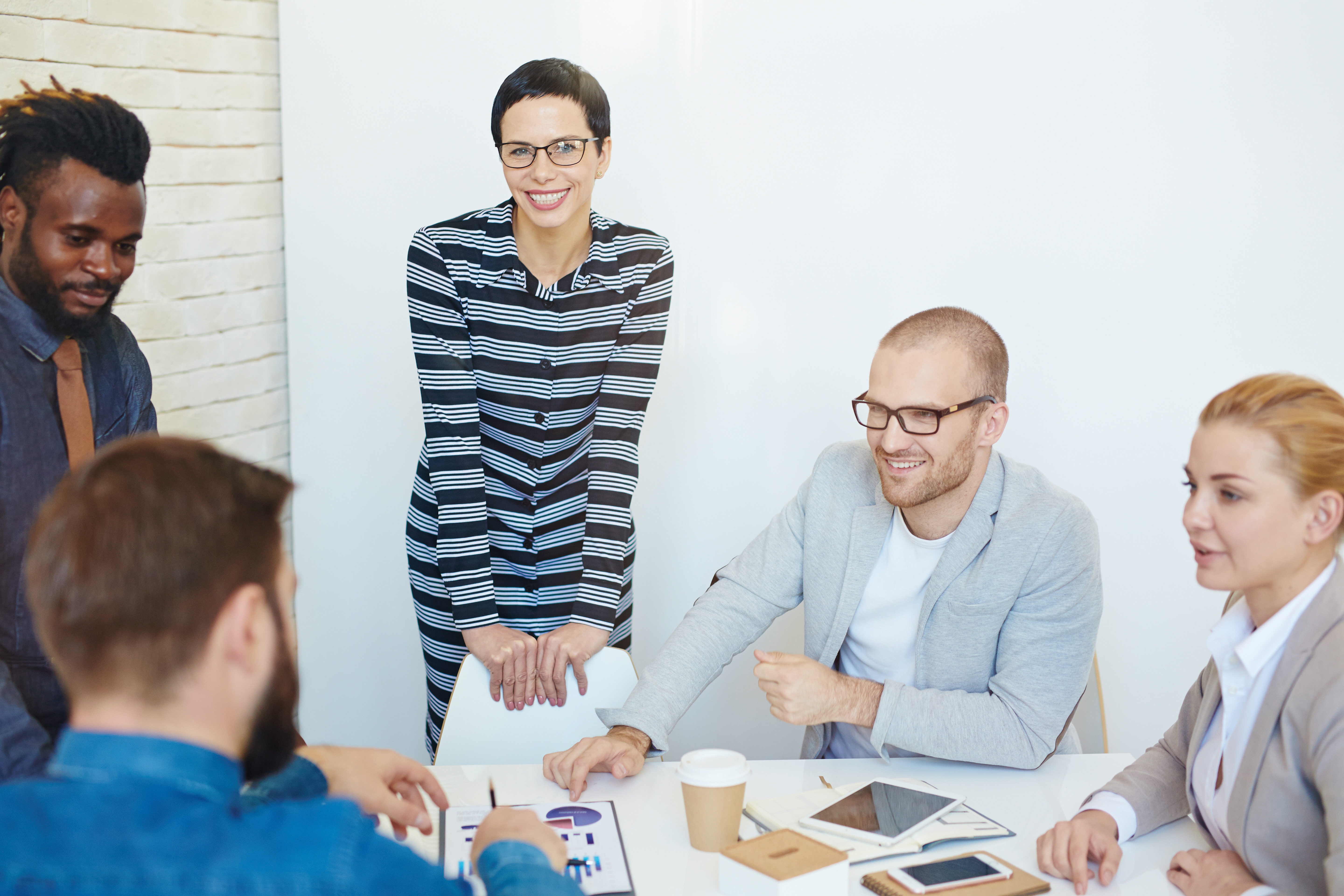 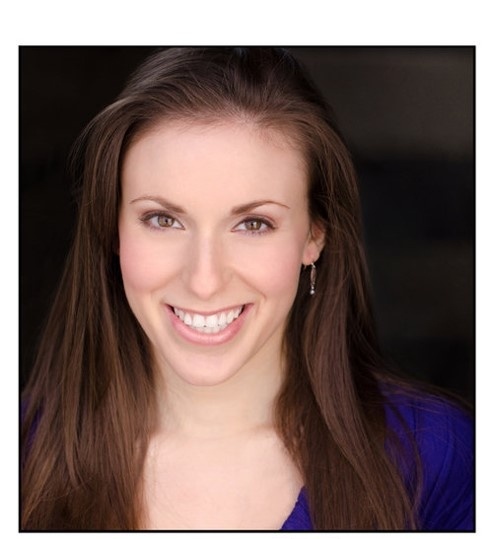 By: Brittany Bookbinder on February 1st, 2018

How to Go Off Script During a Sales Conversation

When I first started working in sales, my manager handed out a script and told everyone on the team to film a video of themselves delivering the presentation. I found this to be a very useful exercise, and was surprised that some of my coworkers didn’t feel the same. I realized later that some of them had simply memorized the script and then filmed themselves reciting it. This is so much harder to do. It’s also a complete waste of time.

Going off script can allow you to connect with the client.

According to Hubspot, “buyers are less concerned with the qualifying topics salespeople are usually most interested in” so you need to meet them halfway and figure out a way to redirect the conversation while listening closely to their words and tone.

In other words, drive the conversation while making the client feel like they’re in the driver’s seat. So how do you go off script?

Here’s how I did it:

There is no perfect way to say something that you need to repeat over and over, because no two conversations are exactly the same. It’s important to treat the presentation like a conversation and not a monologue that you’re trying to get through without interruption.

One way to turn the presentation into a real conversation is by inserting questions.

Asking questions, even something as simple as “Do you see what I mean?” or “Do you know what I mean by [this industry term]?” helps ensure that the client is paying attention and that you’re on the same page. While this meeting might be a very big deal for you, you can’t assume that the client is treating your conversation with the same level of interest and attention.

Similarly, don’t assume that they’ll ask clarifying questions if they don’t understand. They might have a different linguistic style, and may not want to jump in and interrupt.

Consider asking questions early and often. Take time to explain anything they don’t understand, and make sure that you’re not just in agreement but actually on the same page. When you listen more than you talk, you’ll learn about what’s important to the client and that will help you frame your response.

What are successful methods for going off script? What are some common pitfalls?

Take a look at what our very own CEO and Sales Subject Matter Expert, Steve Bookbinder, has to say regarding his own personal experience:

BB: You listen to salespeople give presentations all the time, both in recordings of their real conversations and during role play trainings. In your opinion, what makes a successful pitch?

SB: Like throwing a pitch in baseball, there are many parts to delivering a perfect pitch. For salespeople, the two critical parts to consistently sounding unrehearsed and impactful are: 1 - knowing, before the call begins, how you will handle the first five minutes of the meeting and 2 - the next step you will go for at the end of the meeting, if their reaction is great...and, a plan b next step if their reaction is not as positive.

BB: Have you ever seen someone get thrown off by going too far off script? What happened? Were they able to be back on track? If so, how?

SB: Many years ago, I was trying to close a big sale and was nervous about it going well. The more I talked, the more I thought the customer was not reacting enthusiastically enough and it made me get faster, louder, and more active in my chair. Finally, I swung my arm into a large tea in front of me, spilling a river of hot tea across their expensive conference room table. All of a sudden the both of us bolted to get towels to clean up the mess and I changed the topic to cleaning up after my baby daughter at dinner every night - and he matched me with a similar story about his own kids. When we finally resumed our business conversation, it was more relaxed and more impactful as a result. Ironically, I couldn’t find my voice until I went off script. Before the tea incident I was losing the sale. Afterwards, I closed the sale.

BB: That’s a great example of turning an unexpected situation into a success story! What would you recommend for someone who’s not as quick on their feet, or who tends to buckle under pressure? What strategies can they use to re-focus and adjust their response?

SB: Well, they need to get good at thinking on their feet - or at least appearing to think on their feet. Give yourself a few extra scripts that you keep in your back pocket in case you get stuck. One of the things everyone should do is remember is how easily even confident people can get a little lost in the pressure of an important meeting. Rather than hope you don’t get lost, give yourself an escape valve of sorts by selecting a strategy in advance when you don’t know what to say. The best strategy - ask when/why questions that clarify something the prospect just said. Or, ask 2nd level questions that lead to deeper conversations. If you are asked a question that you are unsure how to handle, you can promise to return with an answer, but if you forced to give some kind of an answer, make sure your back pocket also has a couple of use-case success stories.

BB: What’s the best example you can think of of someone going off script?

SB: Again, my own story. I had flown down to Dallas from NYC early enough to make a 9am meeting. I traveled for nearly 5 hours and was still waking up. The meeting began with the customer telling me they would not be buying any sales training soon. Since that was the primary reason I traveled down to see this prospect, I was immediately thrown off script. But, in some ways it freed me up to try something new...after all, I had nothing to lose. So, I asked what they had to do before they could buy any sales training. They said they had to do a needs analysis, which they described as a major production. I asked an off-script question - Have they conducted a proper needs analysis before? No! How long do they think it will last? Maybe 6 months?! Would you be interested in a solution that helped speed up the needs analysis process? Oh yes! I positioned one of my training solutions as a needs analysis tool, which I never really thought of before and wouldn’t have if I wasn’t out of moves. Moments like that which pull me off script help me create new and better scripts.

To summarize, know your pitch inside and out so you can adjust the way you say it every time. Role play with a partner to better understand some of the questions that are likely to come up. Practice throwing yourself off, and then getting back on track. When it comes to the confidence needed to veer off script, fake it til you make it.

Ready to take it a step further? Download our infographic with quick tips for when you're selling over the phone.

Brittany is an actor, writer, and Muppet enthusiastic. She grew up on Long Island, where her hobbies included writing love poems and watching TGIF, often at the same time. These days, she writes for Evil Studios Ltd., performs comedy and music, and makes video shorts independently and with the iO Comedy Network. She has performed in independent films, regional theatre, sketch comedy and improv all over Chicago. She is also an artistic collaborator with Theater Unspeakable, with whom she co-created Superman 2050 and Murder on the Midwest Express. She has performed Superman 2050 throughout the country, including Lincoln Center in NYC and the Kennedy Center in DC. Training: She holds a B.S. Theatre, a minor in Creative Writing and a certificate in Music Theatre from Northwestern University. She has studied acting at the School at Steppenwolf and British American Drama Academy. She has studied improv in the Second City Conservatory, iO Chicago, CIC Theatre and currently at the Annoyance. Brittany is a guest blog contributor for DMTraining.