No matter what you're selling, you can always get better. Learn the sales insights, tips, and trends you need to know to improve your sales behavior and grow your pipeline.

Whether you’re new to sales, or an experienced pro, developing the right approach to making sales calls is a strategic advantage.   As a salesperson, oftentimes the first impression you make is over the phone. Whether that’s talking to a new prospect, building a client relationship, or maintaining contact with long term clients.   Developing an effective calling approach and phone persona is essential to your sales success. But how can you develop an approach that will consistently drive results?   Consider these 3 strategies as you develop, refine, and optimize your calling approach:

How to Eliminate Anxiety During a Sales Call

The daunting task of picking up the phone and actually calling someone can be frightening to some, heck it may even be terrifying. But, why let your nerves get the best of you? Eliminating anxiety is a common problem for salespeople who are faced with budgets, pricing, legal, marketing, and a slew of other things. 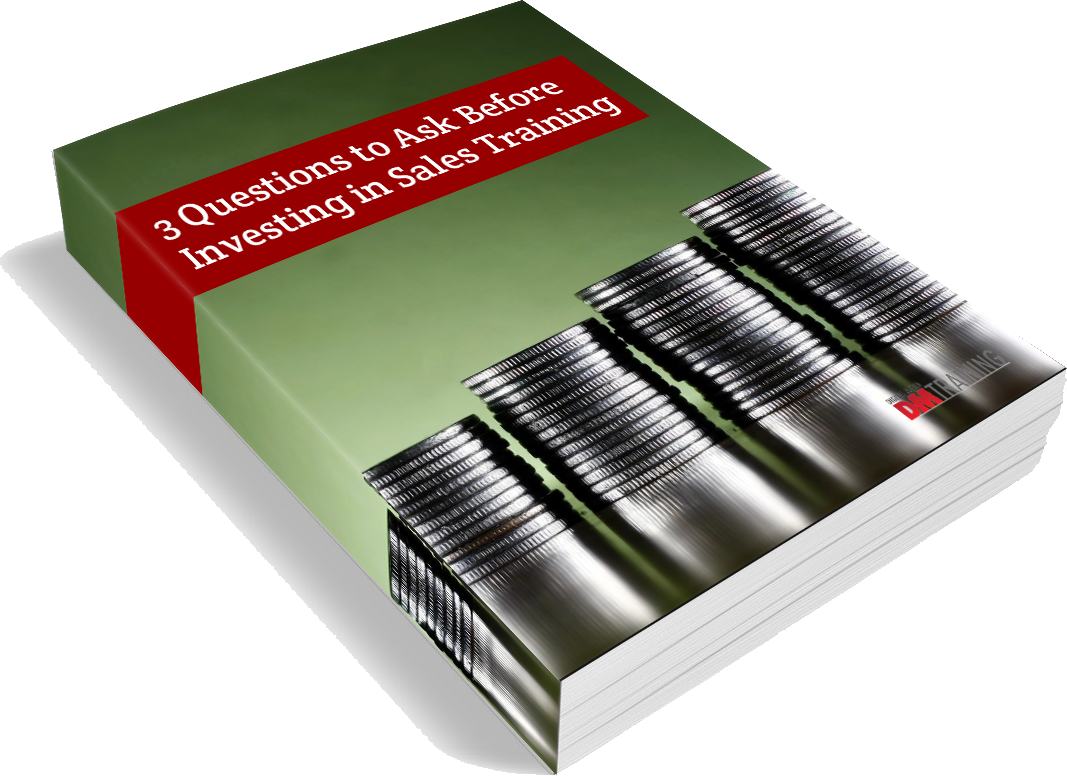 3 Questions to Ask Before Investing in Sales Training

The right sales training for your employees is integral to the success of your business. Before you invest, make sure you have all of the information you need to make a smart decision.

3. What is the information you really need to gain in order to properly position this?  Clearly you need to understand what the lead’s goal is, and whatever he or she tells you about his needs and wants. But you also want to go beyond that.  What is his role?  And what has his role been in similar purchases?  Has he ever bought anything like what you’re selling before?  How did he do it last time?  Did he involve other people? Learn his buying patterns, and discover how likely he is to make a decision going forward.  But let’s also look at the timing.  Has the company been looking for a while?  If so, why?  Has he spoken with other companies that they are no longer considering?  If so, why?  Why have they rejected some things?  Is there an internal bias?  Have they realized that certain things will work and certain things won’t?  Here’s a question: How come they’re even looking?  How come they aren’t using last year’s solutions again now?  Did something change?  Did something develop in their company?  Are they new?  Are they reacting to some competitive landscape issues?  By understanding their timing, understanding how they arrived at whatever budget, and timetable, you’ll know what you’re up against. Check to see if the company had one of their individuals look in and spearhead the effort of finding a solution. Why was that particular person the one chosen to be in that position?  Is that typically the way their process begins?  So let’s go beyond simply his or her title.  Usually the salesperson says, “Does his title include the title of my product?  And if so, he must be the right person.  And he must be thinking about it in one kind of way.  Now, I need to go way beyond that with the information that I gained.” 4. And finally, reaction.  What is the reaction we’re looking to get, and what is the feared reaction or anticipated reaction that they have when they consider telling somebody else about your sales.  There are many cases in selling where there are other decision-makers who we never get to meet.  The customer says to you, “Okay, this is interesting, but I’m going to have to talk to my boss.”  He might be thinking, “If I tell my boss this, my boss is going to think that I’m wasting time, or I’m an idiot, or I don’t get something.”  Well, if that’s the case, then he’s not going to tell his boss.  On the other hand, if he thinks the boss or the other people in the company are going to think that he’s a hero for introducing this great new offering that you’re presenting, then HOORAY! That’s precisely the reaction that you want to achieve.  So let’s understand what his reaction is likely to be. Will he tell others in the organization about you and your service? What is his reaction going to be in terms of helping you get exposure in their company? What is the reaction you’re looking for?   Keep in mind that a smiling, happy, nod is not the only kind of reaction that’s going to work.  You may be presenting something that introduces a brand new emerging technology or a new way of looking at something, in which case you’ll need to educate them and possibly challenge them. Don’t be afraid of them momentarily going, “Wait a minute, I don’t know that that’s going to work.”  This could be what it’s going to take for them to be able to see that what you have to offer is of great value.

How To Open Up an Inbound Telesales Call (II)

Thanks for staying tuned. In today’s post, we will be covering the final two considerations to have when successfully opening up a call.

How To Open Up an Inbound Telesales Call

How do YOU open up an inbound telesales call?  Let’s focus on four things:

How To Approach a Winning Sales Call (II)

Yesterday, we discussed why it was pivotal to know who you’re calling, the reason for the call, and how to feel for the rhythm. Let’s now look at the final two components.